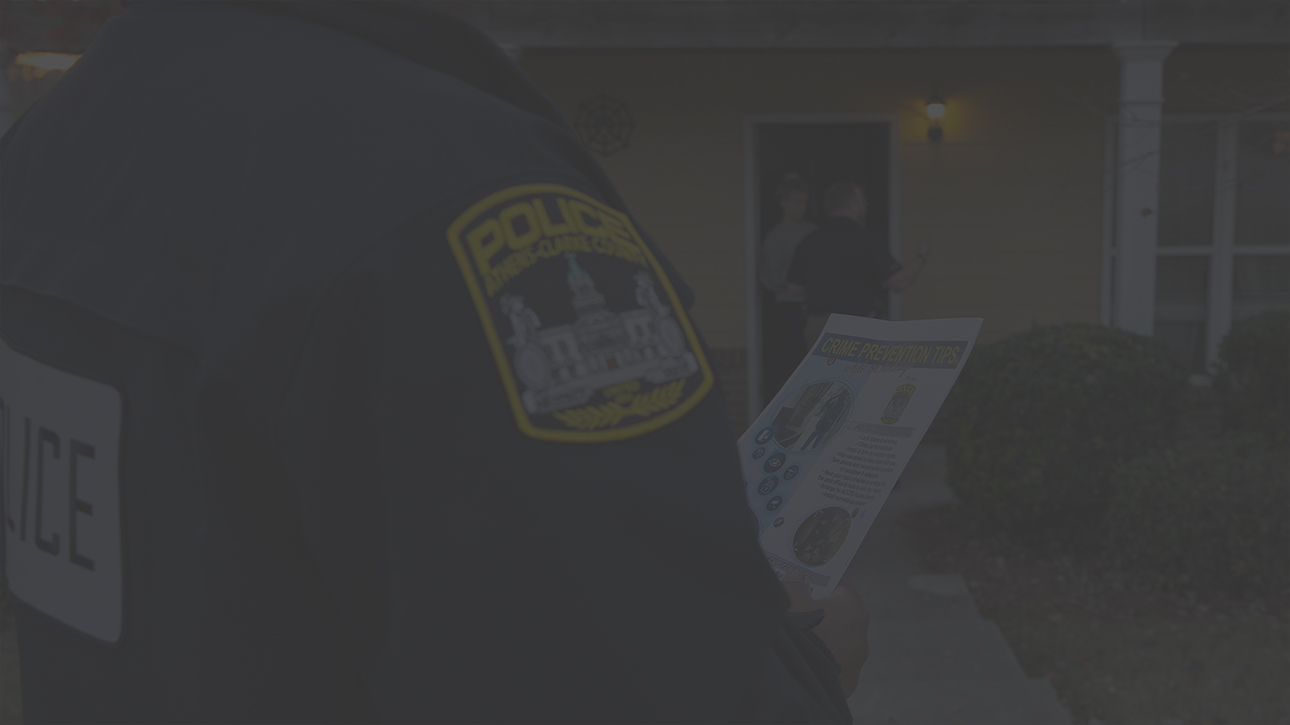 Shop With a Cop

On December 12, 2015, the ACCPD hosted our first annual Shop With a Cop event. The purpose of the event is to foster positive relations between youth and police officers in the Athens-Clarke County community while helping those who are less fortunate. This event is organized by the Crime Prevention Unit who identified sponsors who donated funds to make the event possible.

Each year the Athens-Clarke Police Foundation donates to the ACCPD in order to support Shop with a Cop. 2019 had 100 children and their families participate as well as officers from ACCPD, Clarke County Sheriff’s Department, UGA Police Department and Georgia State Patrol. 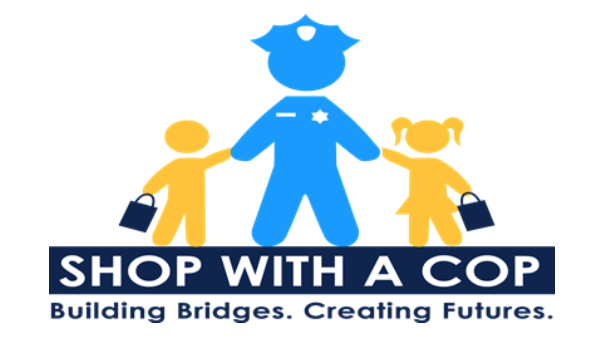 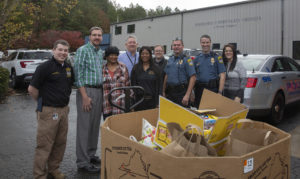 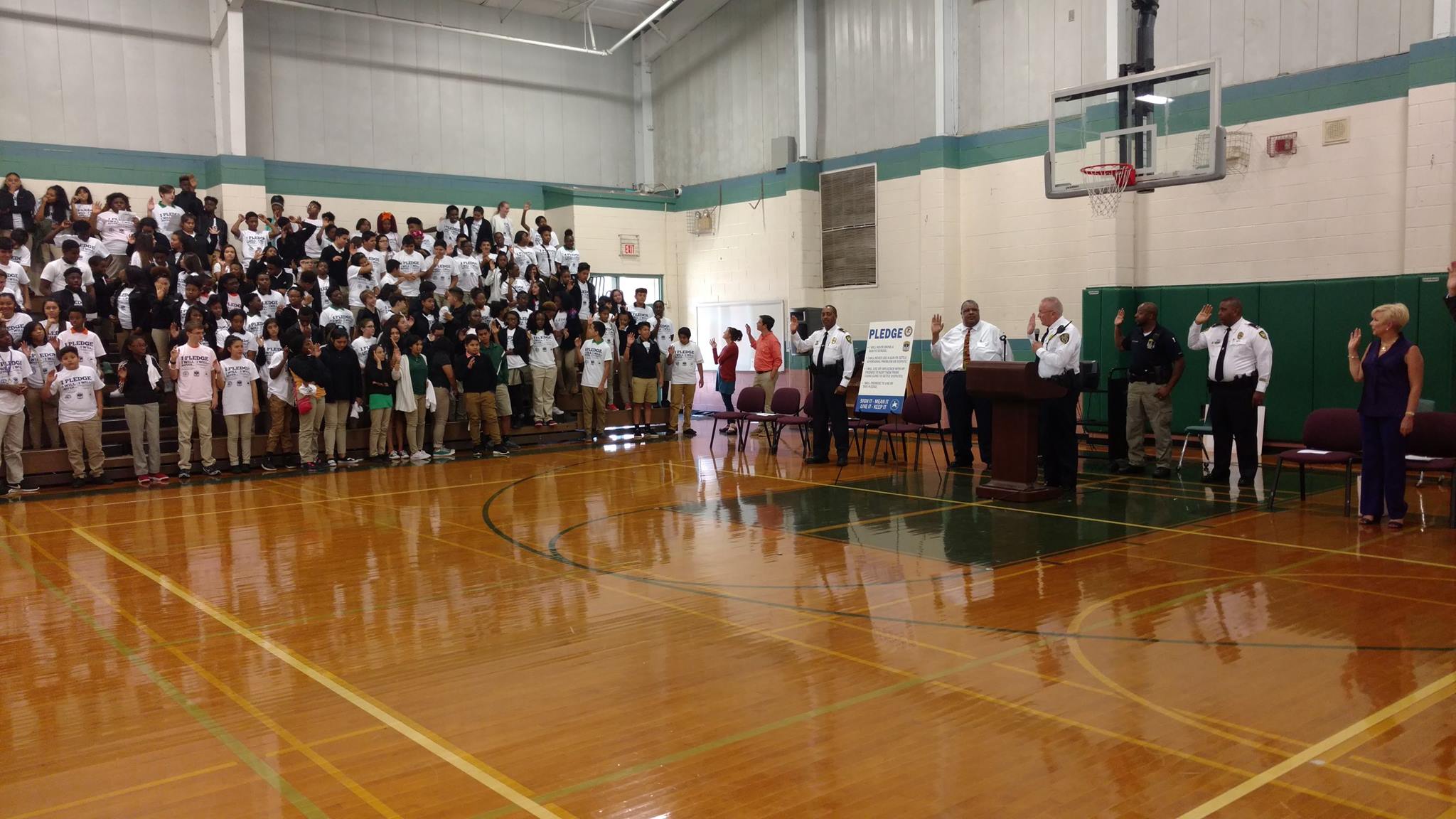 The Student Pledge Against Gun Violence is a national program that honors the role that young people, through their own decisions, can play in reducing gun violence. This campaign against youth gun violence culminates each year on a Day of National Concern about Young People and Gun Violence which is held in October. Moreover, the program provides a means for beginning the conversation with young people about gun violence. Many schools elect to have a contest before the assembly related to the topic. In the past, students wrote anti-gun / violence raps, songs, poems or posters. The ACCPD gives a prize to one contest winner from each school.

This national observance affords students with the opportunity to sign a voluntary promise that they will never carry a gun to school, resolve a personal problem or dispute with a gun, and will use their influence with their friends to keep them from resolving disputes with guns. Furthermore, signing the pledge at the same time as over 10 million students across the nation will empower young people to see themselves as part of a large national initiative and help them realize that they really can reverse the tide of violence. If they sign “The Pledge” – and mean it – others will too.

The event has been held annually since 1984 and is sponsored by the National Association of Town Watch in the United States and Canada. The purpose of National Night Out is to increase awareness about police programs in communities to include, crime prevention, neighborhood watch and other anti-crime efforts.

The events are typically organized by block watches, non-for-profit organizations, companies, and police departments. These events can be as simple as backyard cookouts to full-blown festivals. National Night out draws over 37 million people from over ten thousand different communities across North America.

Over the years we have tried different strategies in Athens to include separate events in different neighborhoods but our best success has been to hold National Night out at one location. This year’s event was at Bishop Park on September 27th. The event included ice cream, a bounce house, emergency response vehicle displays, music, food, and fun. This event was organized by the Community Outreach Division. 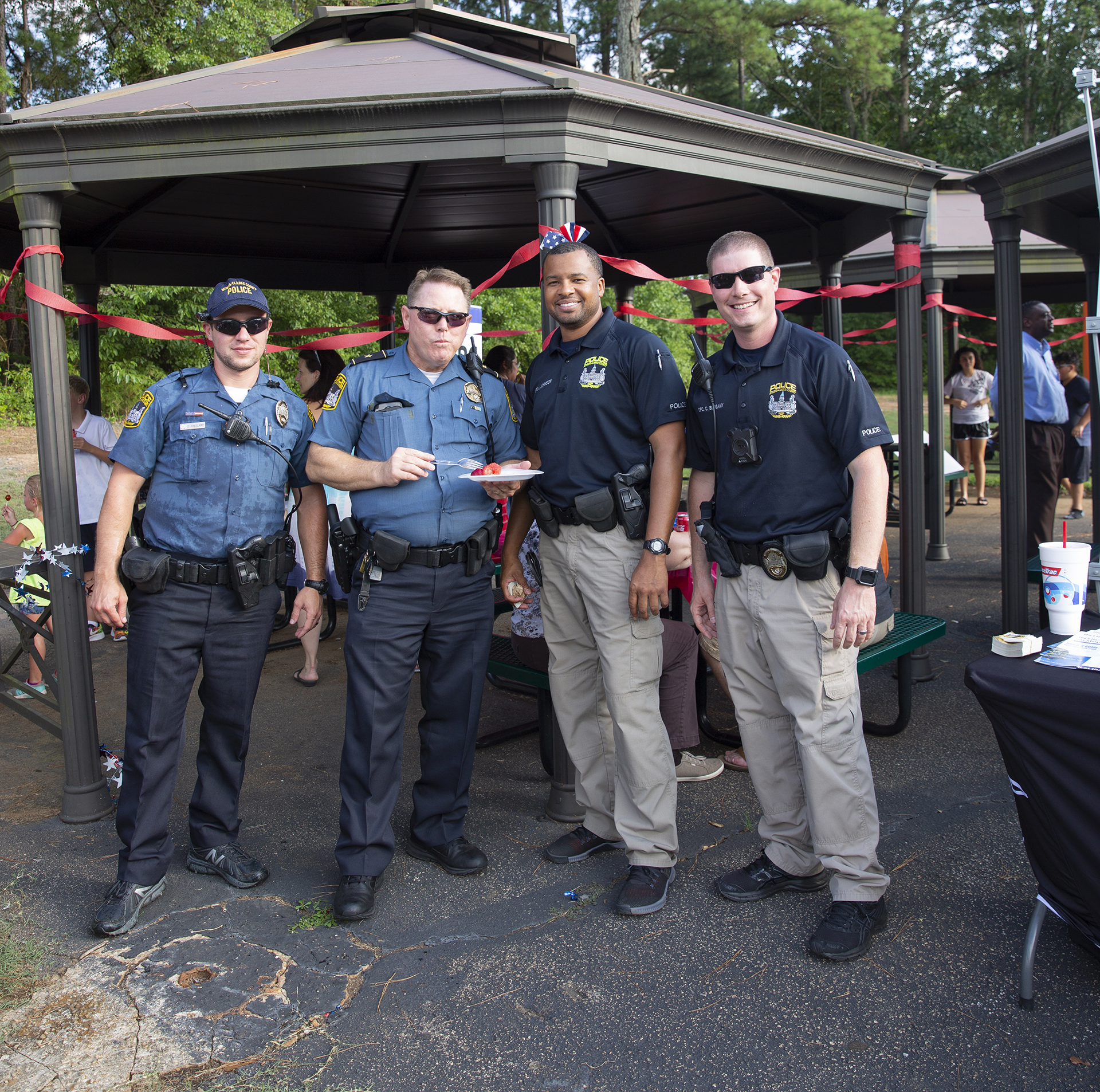 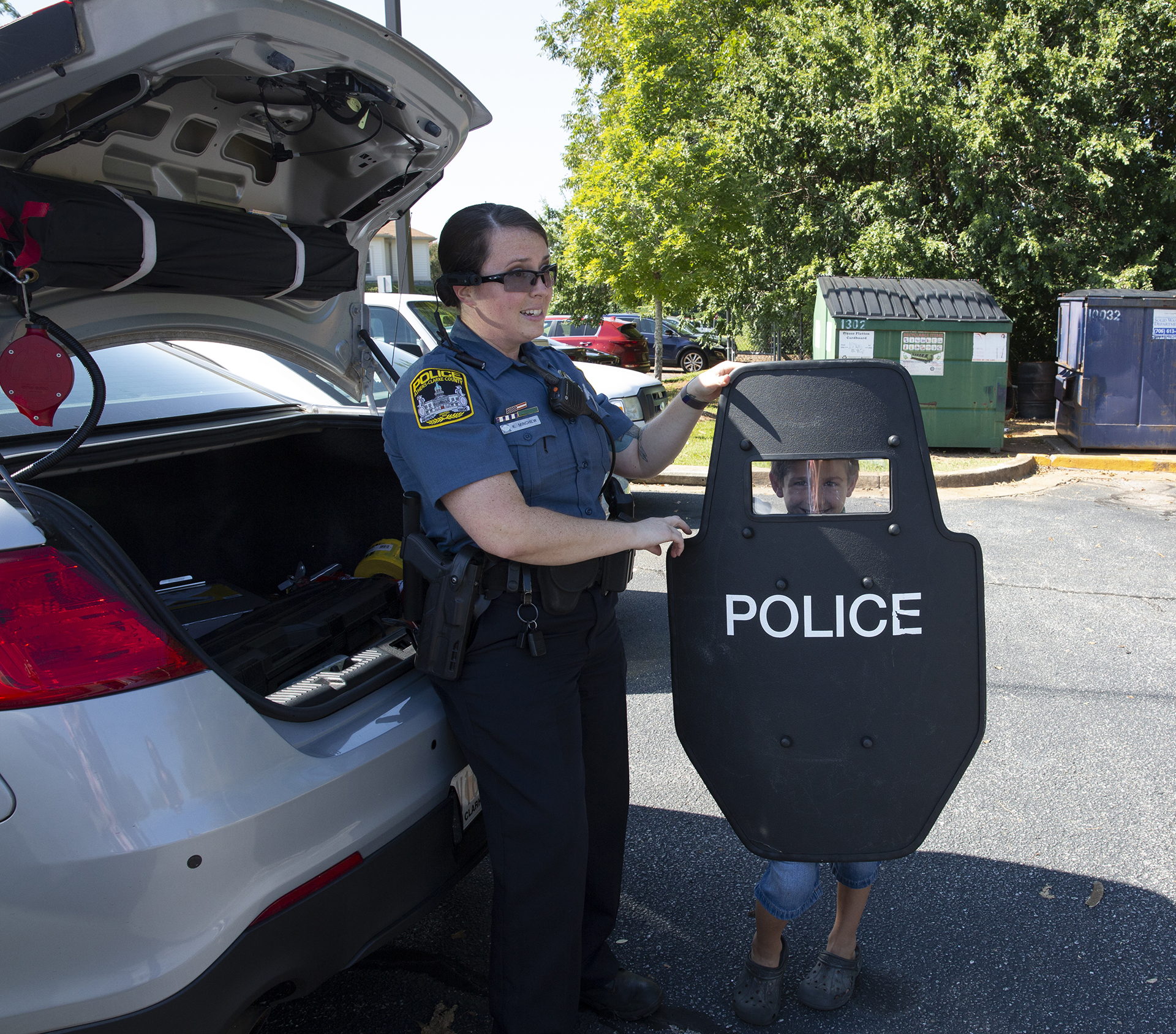 The Citizen Police Academy concept is being developed throughout the world to enhance police and community relations and further crime prevention efforts. Law enforcement agencies have found that educating the public on police operations and problems in the community builds an awareness and appreciation among the participants. For more than 20 years, law enforcement officials across the country have reached out to the residents of their communities through Citizen Police Academies. Covering such varied topics as gang awareness, narcotics, and laws of search and seizure, these programs have educated thousands of concerned citizens and made them goodwill ambassadors for the police departments in their communities. 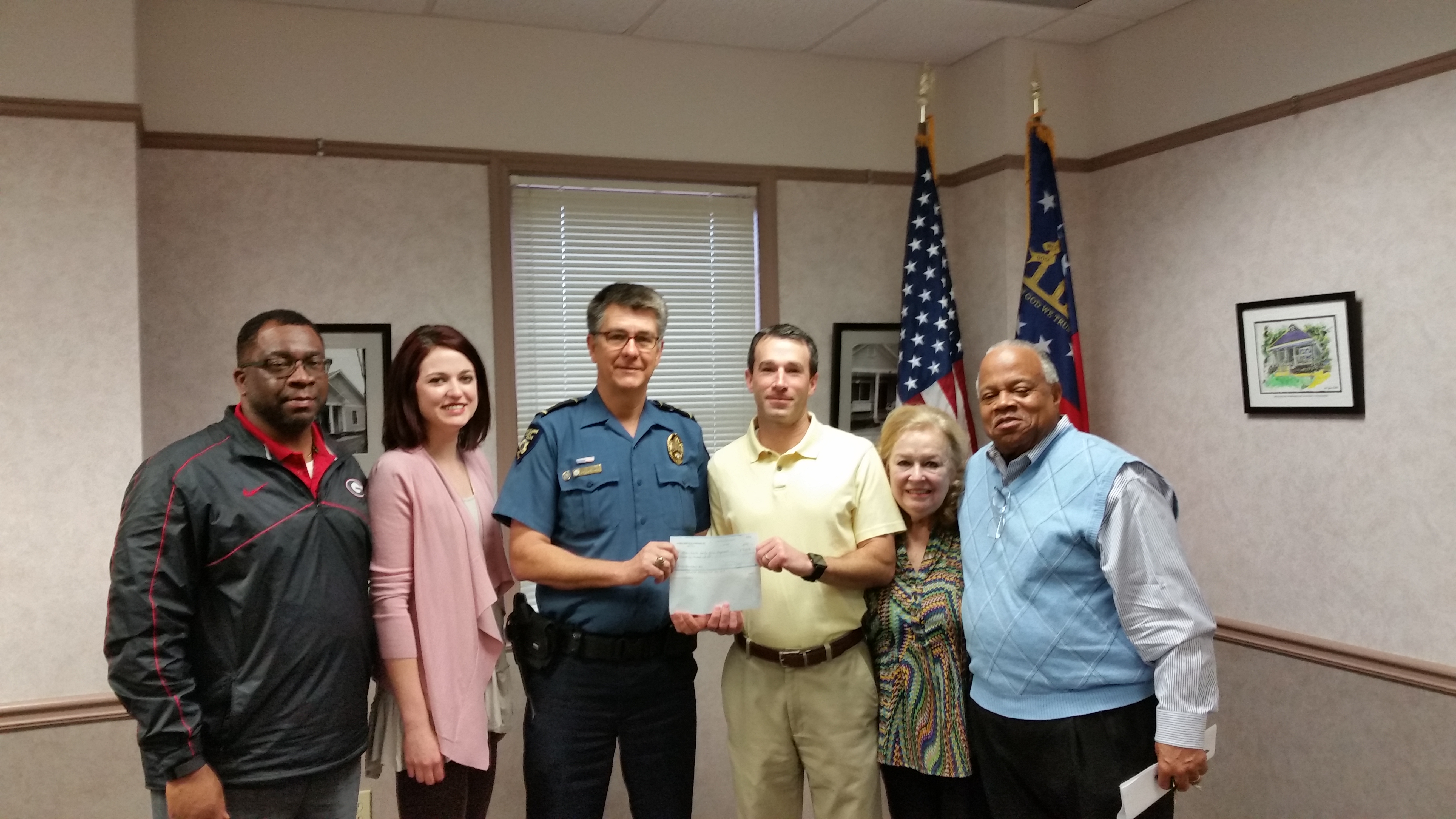 Athens-Clarke County has a population of approximately 121,000 and is of course, home to the University of Georgia that had an enrollment of 34,895 for the Spring semester of 2016. Athens-Clarke County is a great host community to the University of Georgia, but apart from the university is a town of its own. Like many other communities across the nation, Athens-Clarke County police officers face challenges maintaining public trust due to in part to high profile incidents that occurred elsewhere but nonetheless, have captured public attention and caused many to distrust police thus cutting away at the very fabric of community oriented policing. The sentiments generated by these incidents coupled with an emerging gang problem have necessitated the development of strategies to improve the ACCPD relationships with all of our citizens and community to reestablish and strengthen those relationships to combat these primary threats that will not likely be defeated through traditional law enforcement tactics.

In order to direct attention to these specific problems that are clearly related to our youth, the ACCPD developed a program to improve relationships with our youth and specifically to take a strategic course that should enhance trust between police and our young people which will hopefully serve to reduce gang affiliation and improve public trust. This bold plan includes an opportunity for other law enforcement supporters, the school district, and the entire community to participate in different ways. 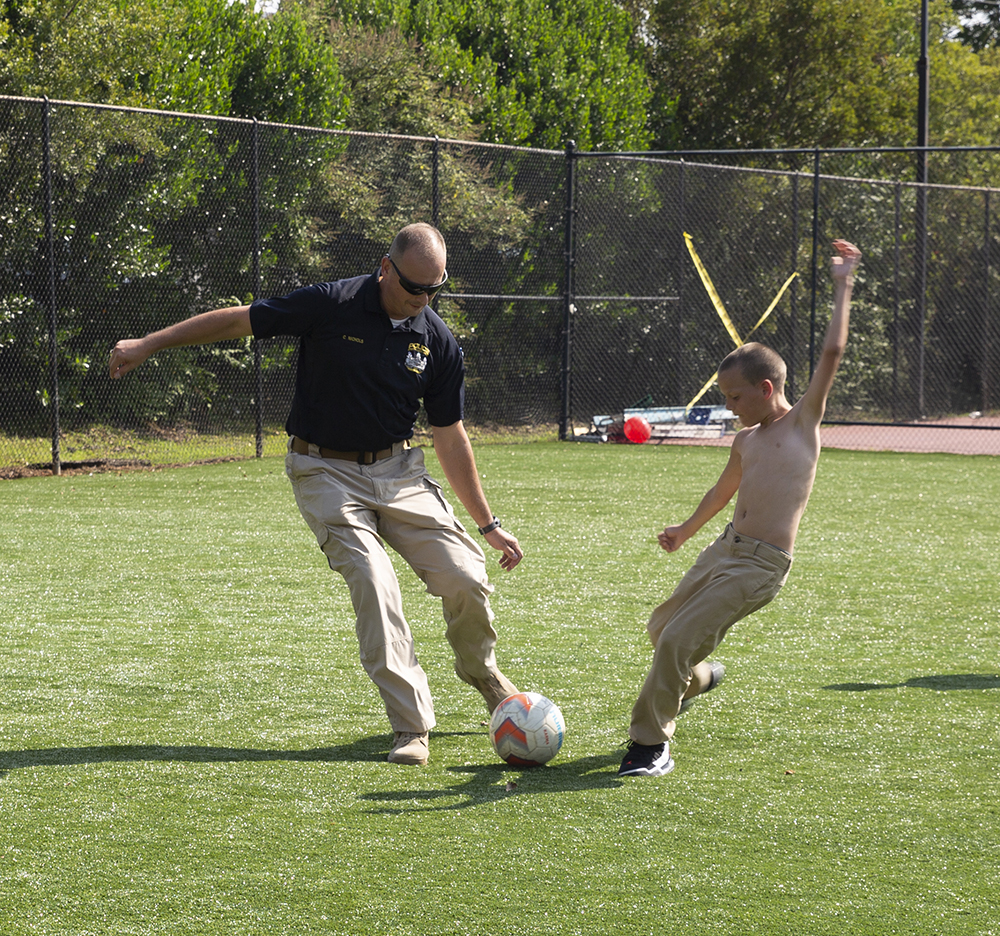 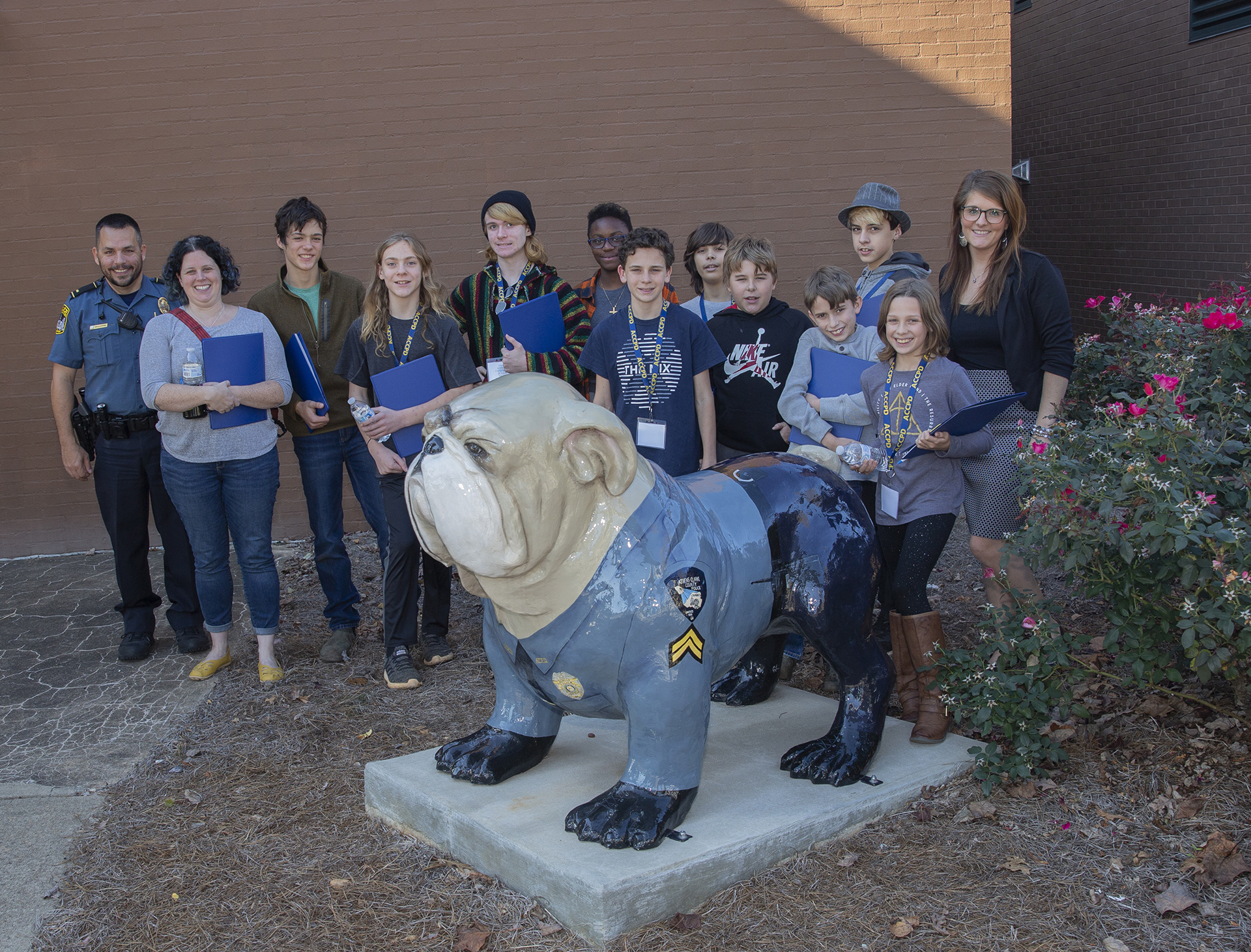 ACCPD leadership decided, in partnership with the Clarke County School District to teach Gang Resistance, Education and Training (G.R.E.A.T) to all sixth graders in the four middle schools during the 2015-2016 school year. That curriculum was delivered by the school resource officers in the schools where they are permanently assigned. While this appeared and proved to be a successful program during the school year, it was also clear that many of our young citizens needed something positive to occupy their time during the summer weeks. While many in our community can afford to go to great camps and there are many great camps available in the surrounding area, the 36.7% poverty rate in Athens would indicate that many cannot afford camps and could remain subjected to negative influences in their neighborhoods in the absence of a positive outlet during summer vacation. Additionally, other summer youth camps have positive attributes but none focused directly on the two identified problems faced by ACCPD and of course by other law enforcement agencies.   The following are the stated goals of the ACCPD youth summer camps.

The plan that was ultimately implemented over the 2015 summer was developed, coordinated and implemented by Lieutenant Reginald Wade and included two one week Youth Summer Camps designed for boys 8 -14 to improve responsible citizenship within the community while creating positive lines of communication and trust between youth and police officers. The camp was designed to combine character building, anger management, safety, and life skills. The learning strategies included, but were not limited to, guest speakers, field trips, and hands-on activities to encourage young people to act in a positive manner and to make wise choices. In addition, youth were also provided an opportunity to learn about police work under direct mentorship of ACCPD staff. In 2015, ACCPD conducted two youth summer camps, Monday through Friday from 08:00 to 3:30 daily at Hilsman Middle School. Camp one ran from June 22-26th and camp two from July 6 -10th.   The first year we had over 120 boys. This past summer, 2016, we coordinated two boys camps and added a girls camp.

LEAD Athens supported our camp by setting up an account with the Athens Area Community Foundation enabling individuals and organizations to support the ACCPD Summer Youth Camps through donations. Those funds are utilized to support the camp with snacks, equipment, guest speakers, and other camp costs. Additionally, the ACCPD Youth Summer Camp has been added to the Athens-Clarke County Unified government Charity Drive so that county employees can elect to contribute from their paychecks, pre-tax and those funds will go to that AACF in an account specifically for the camps. These funds will help ACCPD improve and grow the camp providing a great experience to young people who may not otherwise get a chance to enjoy summer camps.